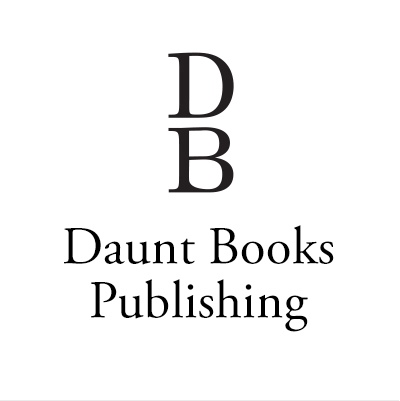 ‘Comyns’s world is weird and wonderful . . . A neglected genius.’ Guardian

A novel that starts with a village flood and ends with a mysterious virus – a visionary Corona novel originally published in 1954 and now a modern classic.

One of Comyns’s most famous novels, banned in Ireland on its original publication, and out of print until now; an uncannily prescient book about an English village and a mysterious virus.

A novel about abduction that asks: is motherhood the greatest crime of all?

Set in Mexico City, Empty Houses takes place in the aftermath of a child’s disappearance and follows the mother who lost her child and the woman who risked everything to take him.

For readers of Valeria Luiselli and Samanta Schweblin as well as novels such as Lullaby by Leïla Slimani and The Lost Daughter by Elena Ferrante.

Introducing Scholastique Mukasonga to the UK: a major international author and her brilliant and award-winning first novel.

Parents send their daughters to Our Lady of the Nile, an elite school run by white nuns, to be moulded into respectable citizens, and to escape the dangers of the outside world.

Fifteen years prior to the 1994 Rwandan genocide, the girls try on their parents’ preconceptions and attitudes, transforming the lycée into a microcosm of the country’s mounting racial tensions and violence. In the midst of the interminable rainy season, everything unfolds behind the closed doors of the school: friendship, curiosity, fear, deceit, and persecution.

For readers of The Shadow King by Maaza Mengiste, Half of a Yellow Sun by Chimamanda Ngozi Adichie and The Prime of Miss Jean Brodie by Muriel Spark.

An essay collection about gardening and our relationship to nature, following on from At the Pond and In the Kitchen.

The Coming Bad Days is a penetrating interior portrait of feminine negation and cruelty.

After leaving the man with whom she’d been living, and moving to an unnamed university city, a woman dedicates her life to solitude. The abiding feeling in the city is one of paranoia; the weather has been deteriorating, a curfew has been imposed, and outside her office window she can hear police helicopters circling, looking for the women who have been disappearing. But when she meets Clara – a woman who is exactly her opposite – her plans begin to unravel.

‘A strange and wonderful book, plausible as kitchens, but shapely as a folktale, and with the same disturbing resonance.’ Margaret Atwood

Lou is a shy and diligent librarian at the local Heritage Institute. She works monotonous and dusty hours long into the night but she has found noth­ing – and no one – to go home to. When she is summoned to a remote island to inventory the estate of Colonel Cary, she doesn’t expect to find a pet bear. Lou begins to care for the bear and as summer blossoms across the island and Lou shakes off the city, she realises the bear might satisfy some needs of her own.

An explosive yet tender novel about nature, animals, desire and self-love.

‘If Ferrante is a friend, Ginzburg is a mentor.’ Guardian

In The Dry Heart Ginzburg transforms the unhappy take of an ordinary dull marriage into a rich psychological thriller.

The Road to the City is a short, poignant novel about the dreams of youth, and the cruelty it takes to make them come true.

For readers of The Beautiful Summer by Cesare Pavese, Bonjour Tristesse by Françoise Sagan, and Elena Ferrante.

A revolution is under way at a once sleepy New England bank. Forty-five-year-old Frances Fitzgibbons has gone from sweet-tempered loan officer to insatiable force of nature almost overnight.

Brimming with snappy dialogue and gleeful obscenity, Ride a Cockhorse is a rollicking cautionary tale and one of the finest portrayals every created of a female antiheroine – resist her at your peril!

A comedic masterpiece for fans of The Bonfire of the Vanities, Ducks, Newburyport, and films such as The Wolf of Wall Street, The Big Short and The Favourite.

The first collection of stories from the author of Real Life, shortlisted for the 2020 Booker Prize and winner of the Foyles Fiction Book Of The Year

In the series of linked stories at the heart of Filthy Animals, a young man tentatively engages with the world again. Recently discharged from hospital, Lionel meets two dance students at a party. Charles and Sophie’s relationship is difficult to read but Lionel is drawn to them both. As he navigates their sexually fraught encounters he is forced to weigh his vulnerabilities against his loneliness – and to consider his return to life. Elsewhere, a little girl runs wild to the consternation of her childminder; unspoken frictions among a group of teenagers come to a vicious head on a winter night; and a woman dreads a first date only to find that something has cracked open.