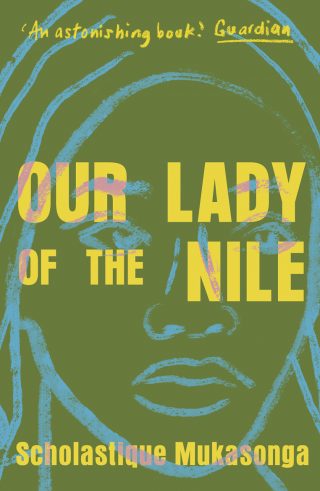 Translated from French by Melanie Mauthner

Introducing Scholastique Mukasonga to the UK: a major international author and her brilliant and award-winning first novel

Parents send their daughters to Our Lady of the Nile to be moulded into respectable citizens, and to escape the dangers of the outside world. In the elite school run by white nuns, the young ladies learn, eat, sleep and gossip together.

Fifteen years prior to the 1994 Rwandan genocide, the girls try on their parents’ preconceptions and attitudes, transforming the lycée into a microcosm of the country’s mounting racial tensions and violence. In the midst of the interminable rainy season, everything unfolds behind the closed doors of the school: friendship, curiosity, fear, deceit, and persecution.

With masterful prose that is at once playful and penetrating, Mukasonga captures a society hurtling toward horror.

‘Mukasonga’s masterpiece . . . The novel’s electricity comes from its deceptive lightness, the danse macabre of dorm intrigue on the cusp of Armageddon.’ – New York Review of Books

‘An astonishing book: Mukasonga’s style is so light, so charming, and yet her story could not be more sombre, more chastening, if it tried.’ – Guardian

‘In sentences of great beauty and restraint, Mukasonga rescues a million souls from the collective noun ‘genocide,’ returning them to us as individual human beings.’ – Zadie Smith on The Barefoot Woman