Marian Engel (1933-1985) was born in Toronto, Canada. After winning the Rotary Foundation Scholarship and studying French in Aix-en Provence, Engel worked as a translator in England. Her novels include No Clouds of Glory, The Honeymoon Festival, Bear, which won the Governor General’s Literary Award, and the Lunatic Villas, winner of the Toronto Book Award. A passionate advocate for Candian writers, she was one of the founding members and served as first chair of the Writers’ Union of Canada, founded in 1973. 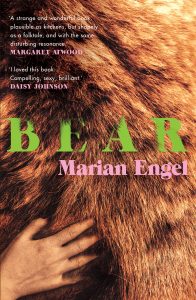