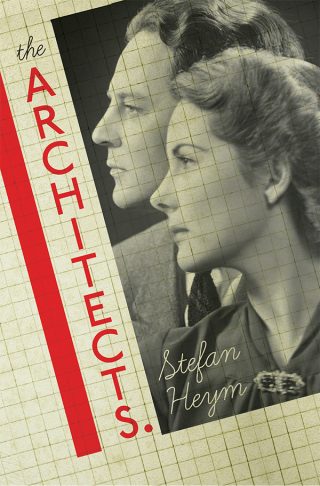 With an afterword by Peter Hutchinson

It is 1956, and Daniel Wollin returns to East Germany after sixteen years of Soviet imprisonment. A brilliant architect, Daniel is taken in by his former colleague, Arnold Sundstrom, who has become hugely successful since their exile in Moscow. Together, the two men work to redesign the nation for the Communist future.

But with Daniel’s arrival, Arnold’s young wife, Julia, begins to uncover the lies that hold her marriage together and the mystery behind her own parents’ deaths in Russia many years ago. A novel of political intrigue and personal betrayal, The Architects tells a story of love and friendship in a world governed by surveillance and mistrust.

‘Heym was unique in the history of European literature.’ – Telegraph

‘A splendid find, a compelling drama.’ – Will Wiles

‘Brave, vivid and uncompromising, a chilling portrait of a man and a society struggling to find traces of humanity in themselves and others as their world comes under threat from life-shattering secrets and the tightening grip of brutal ideology.’ – Chloë Aridjis, author of Book of Clouds