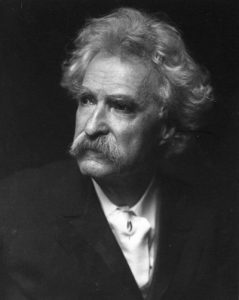 Born Samuel Langhorne Clemens in 1835 in Florida, Missouri, Mark Twain grew up in Hannibal, on the banks of the Mississippi River. His pen name originates from a river term for safe water. In 1862 he started working as a journalist and later published collections of travel writing and short stories. Three of his novels: The Adventures of Tom Sawyer, Life on the Mississippi, and The Adventures of Huckleberry Finn are recognised as masterpieces. Twain also wrote short stories and sketches, along with over 5,000 pages of memoirs. Before his death in 1910, he left instructions that the memoirs should not be published until 100 years after his death. The first volume of The Autobiography of Mark Twain was published in 2010. 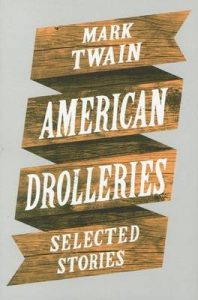