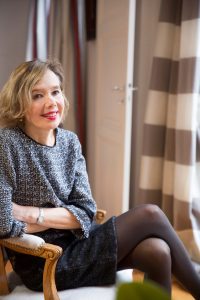 Dominique Barbéris is a French novelist. She teaches at the Sorbonne, specialising in writing workshops. Her first book, La Ville, was published by Arléa in 1996. Eight further books have been published by Gallimard. Les Kangourous was adapted for film by Anne Fontaine under the title Entre ses mains. Quelque chose à cacher won the Prix des Deux Magots and the Prix de la Ville de Nantes in 2008. In 2018, her novel L’Année de l’education sentimentale was awarded the Prix Jean-Freustié / Fondation de France.