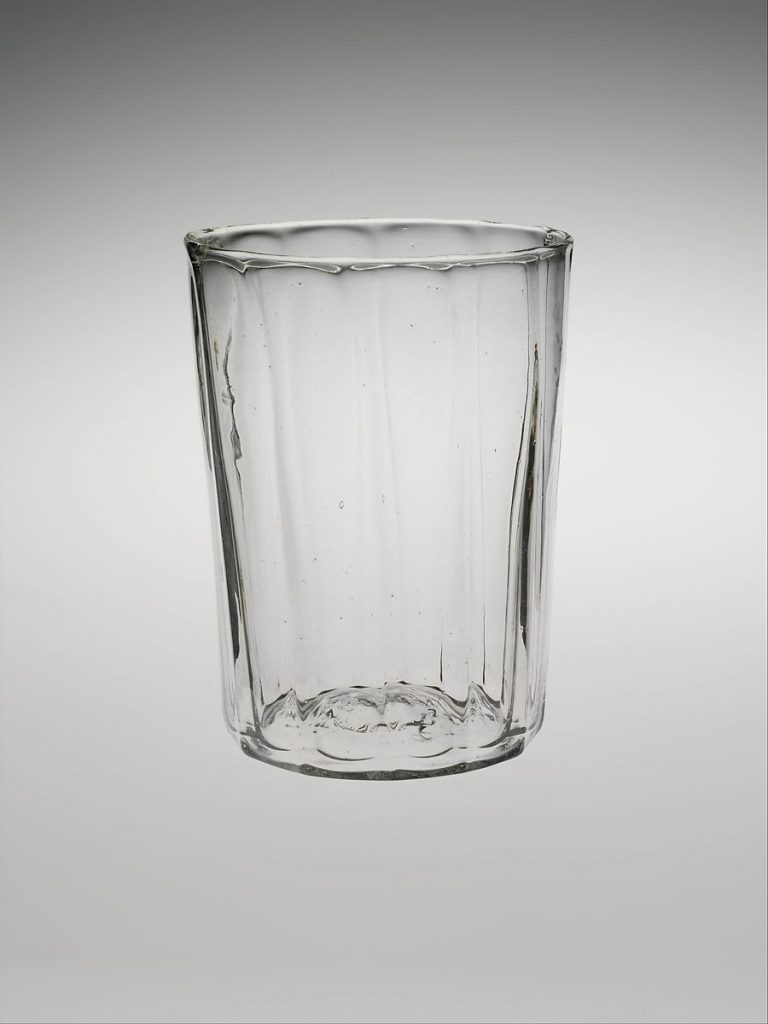 As part of a new series we are running over the next few weeks, we asked our writers and translators to share the books they’re turning to right now. We wanted to know what they are reading – classics, new books, old favourites – and what else they are doing to mark time and keep going. Read on for the third set of entries, some of which came in before the full lockdown began.

I seem to be making my way, very slowly, through Virginia Woolf’s novels again – first Mrs Dalloway, then To the Lighthouse, now The Waves, managing five or ten pages at a time before the world breaks in. I have been thinking about what survives in one’s absence – Woolf wrote in her diary one day in 1926 that the book that would become The Waves was to be about ‘the thing that exists when we aren’t there’. What is left of a moment, or of the past, after the loss of people, after the destruction of things? Like Mrs Ramsay leaving her dinner party, we cast one long, last look over our shoulders and think that this feeling, this table, our friends, have ‘become already the past’. How can we hold on to one another when night seems always to proceed to night? Bernard, in The Waves, feels a thread between him and his friends ‘lengthening its fine filament across the misty spaces of the intervening world’: how strange it is to feel it, he thinks. And yet always in Woolf these lines of connection sag ‘as if blotted with raindrops’ or else they snap under tension. Sometimes they just disappear completely. Presence and absence twist together. Solitude has its role in Woolf’s work, a silence ‘one must respect’, says Clarissa Dalloway. It is almost a precondition of being together, an impersonality that allows for moments of collectivity, a tenuous web cast over the city. In Mrs Dalloway we see it in Clarissa’s parties (they are an offering, she thinks, a way of bringing people together); in the way the airplane, the hand at the motorcar window, the ambulance carrying Septimus through London, become occasions for people to see and think together but apart. In short one thing I understand from all of this (and here is Mrs Ramsay again) is that solitude, being on one’s own, can sometimes (for it does not necessarily) enable one to feel a tenderness towards things of the world, to other people, and we might see them anew in their absence. — Sarah Bernstein, author of The Coming Bad Days, forthcoming from Daunt Books

I recently finished Zami: A New Spelling of my Name by Audre Lorde, easily one of the best books I have read. The ‘biomythography’ relates a portion of Lorde’s youth between the 1930s-1950s and features a brilliant treatment of food. Lorde is a genius observer of cooking and eating. While her mother cannot show affection and metes out vicious punishments (shown to be symptoms of her own traumatisation), Lorde’s portrayal of the vigorous, even brutal way her mother goes food shopping acknowledges her absolute insistence that her family survive the conditions of racial segregation. For a family trip to Washington, Lorde’s mother packs roasted chickens cut into delicate pieces and ripe, furry peaches. The picnic is a pre-emptive refusal to be denied pleasure in the way that the racist state intends (when they get there the ice cream parlour will not serve them). Her mother does not dare express a verbal hope that Audre might experience fairness at school or in life, but puts so much into nourishing her daughter and keeping her body strong to live into the future. The lavish provision of food as self-love and as a form of political action also comes through in the way Lorde contrasts the buffet food on offer at parties held by different groups of lesbians. White lesbians never have enough food at their parties, or they don’t think enough about appetites – the buffets at black lesbian parties are delicious and plentiful.

Last night after a panic and some crying (I had almost tricked myself into thinking I could fight off the pandemic with recipes) I read the beginning of Some Tame Gazelle (1950) by Barbara Pym, a story of two middle aged, unmarried sisters who live together in a rural parish. Pym (b.1913) and Lorde (b.1934) lived wildly different lives – Lorde a radical black lesbian poet, political writer and activist in racist America, and Pym a white British woman writing middlebrow comic fiction. However, both are deeply interested in how women live together and channel their desires in circumstances where they are often less than welcome – and both share a keen eye for how food can articulate a social dynamic. A few pages into Some Tame Gazelle, Pym puts a chicken to very good use:

‘In the dining-room Harriet sat at one end of the table and Belinda at the other, with the curate in the middle. Harriet carved the boiled chicken smothered in white sauce very capably. She gave the curate all the best white meat.

Were all new curates everywhere always given boiled chicken when they came to supper for the first time? Belinda wondered. It was certainly an established ritual at their house and it seemed somehow right for a new curate. The coldness, the whiteness, the muffling with sauce, perhaps even the sharpness added by the slices of lemon, there was something appropriate here, even if Belinda could not see exactly what it was.’

Pym’s cold serving will stay with me for a long time.

I offer here a recipe by a writer born in the same year as Pym, Elizabeth David. I love making and eating canapés – the levity, the construction of a complete mouthful, the party feeling! – and these are an absolute favourite. Piedmontese peppers (peperoni alla piemontese) from Italian Food, published in 1954, are transporting to warmer, more sociable times in a way that feels necessary at the moment.

Some red peppers (or a mix of red, yellow and green)

A couple of garlic cloves

A few small tomatoes, cut into quarters (or a couple of diced tinned tomatoes if you can’t get fresh)

A tin of anchovies

To serve: A few pieces of toast cut up into bite-sized pieces (optional)

Cut the peppers into quarters lengthways and remove the seeds and pith and place in a roasting tray. Into each piece put a couple of thin slices of garlic, one or two little pieces of tomato, half a fillet of anchovy cut into a few smaller bits, a small nut of butter, a little olive oil, and a pinch of salt. Bake them in the oven for 20-30 minutes, until cooked but a little al-dente still. Arrange on a dish and serve warm or cold with little pieces of toast (if you want) and a strong drink. Garnish with parsley if you want.

— Rebecca May Johnson, contributor to In the Kitchen, forthcoming from Daunt Books

Being pretty much housebound in Germany, I’m finding variety really helpful. I am writing a lot – finally tackling my to-do list with Noisli’s nature sounds playlists on loop – but also reading poetry like Chen Chen’s When I Grow Up I Want To Be A List of Further Possibilities, Zaffar Kunial’s Us, and a novel about a wellness-obsessed future and the joy of letting go, Suicide Club by Rachel Heng. I’ve been finding cooking really helpful: sharing recipes with friends, planning and making meals with what limited things we have in the house. And watching TV: silly comedies like the new Jumanji, escapist dramas like Outlander, and most of all the soothing genre of home cooking videos from Japan (especially these.) Last but not least: I’m finding time to teach our puppy new skills. He has no idea why we’re home all the time now and has been finding it really challenging, so thinking up new ways to keep him busy (making dog ice cream, building living room obstacle courses for him, etc.) has been a great distraction. — Jessica J. Lee, author of Two Trees Make a Forest and contributor to At the Pond

I started reading The Magic Mountain by Thomas Mann in February because I wanted something looooooong for a train journey to Germany for a work event, and I’d never read it. I still haven’t finished it, and I’m alternately too scared to keep reading it (it feels a bit cursed… so many thermometers… isolation as metaphor for ignoring the rise of Nazism…) and totally compelled to finish it for what it has to say about collective understandings of illness and health that still underline how we think. Keeping with the theme of mountains, I just finished Kapka Kassabova’s astounding, gems-on-every-page To the Lake. Her previous book Border is one of my all-time favourites, so I was very excited to travel with her to and through the other side of Bulgaria, through an area of shifting frontiers and painful nationalisms that are once again rearing their heads. A brilliant book about water and memory, it has a lot to say about how we recover from what ails us, how sickness passes through a family, and what healing might look like for communities as well as individuals. It’s led me to want to read more about water, and so I ordered Aricka Foreman’s poems Salt Body Shimmer from YesYes and it’s gorgeousness. Watching: less watery (it does feature Regent’s Canal and the Thames???) is Trigonometry, BBC2’s ridiculously under-promoted queer poly drama, which is all about tenderness and how we touch each other (I wrote a bit more about it here). — So Mayer, author of Political Animals: The New Feminist Cinema and contributor to At the Pond

As I’m seventy-one I’m actually having to stay in. It’s a fascinating question, what one feels like reading. Because I’m feeling unsettled and nervous I’m steering clear of any dystopian or violent novels. My heart’s pounding fast enough anyway. Instinctively I’m turning to cheering, funny, easy-to-read novels – Nick Hornby is just perfect (I’m reading A Long Way Down which is about suicide but you know what I mean). I’m also starting Wolf Hall because it’s a relief to disappear back into the past. I must be the only person in the UK who hasn’t read it, but I’ve always been writing a novel myself and it was just too long and distracting. I’m looking forward to reading or re-reading big fat biographies – Hermione Lee’s biography of Edith Wharton, for instance. Losing oneself in another person’s life is another escape. Happy reading. And let’s hope, with all our hearts, that in the long term this won’t impact too horribly on independent bookshops. P.S. You could always catch up on my novels, they might cheer you up! — Deborah Moggach, author of The Carer and contributor to At the Pond