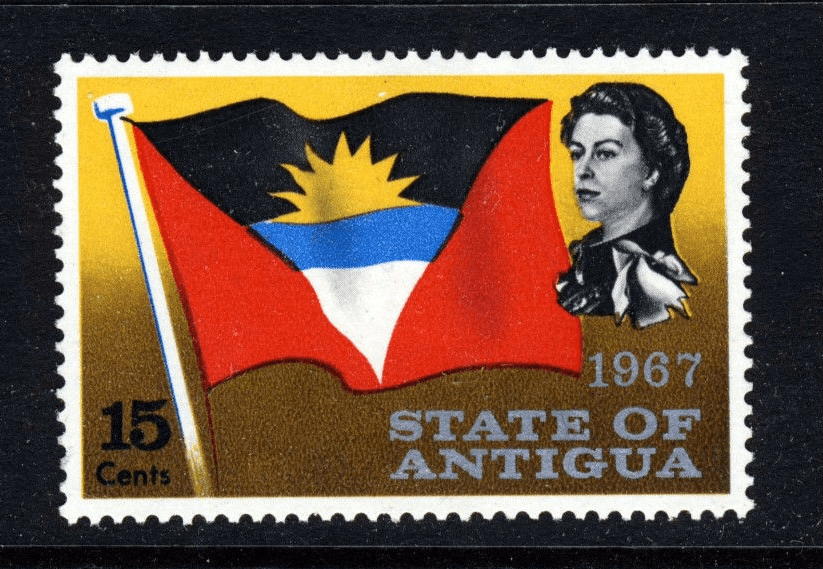 Read the new preface to Jamaica Kincaid’s A Small Place

To mark the 30th anniversary of the modern classic A Small Place, Jamaica Kincaid has written a new preface to the book. In it she reveals how the book started as an essay to her editor at The New Yorker, its reception in Antigua, and how she thinks about the book’s legacy today.

‘Would I write such a book as this today? A book with its sense of innocence and so therefore betrayal, a book that was not meant to be a book at all, meant to be a letter to my then editor, William Shawn. I wasn’t so young in years, I was thirty-nine and already the mother of one child, but I felt young in my life as a writer, for I was just beginning to understand the world into which I was born, a world that began on Friday, 3 August 1492.

I myself was born in 1949. I left Antigua after I turned sixteen, but I was not yet seventeen years of age. I left, but ‘left’ isn’t the proper word at all; I was sent away to the United States of America to be a servant, a caretaker of children whose parents were very prosperous, a nanny, an au pair, whatever it can be called then or now.

At the time I was sent away, I felt behind me was a hell that was always being presented as Paradise: each day the sun shone above me for twelve hours, each night a warm blanket-like blackness enveloped me and I went to sleep. But those nights were full of such terrors: the night soil men with their horse-drawn carts, coming to take away the tub full of human waste from our latrine; the presence of someone known to be long dead but who had not remained everlastingly so and was, from time to time, lurking under a tree or just lurking, waiting to do harm; or someone who was not yet dead, but waiting alive in an alley to make someone else exactly that – dead! I did not know how to manoeuvre my way through or out of this.

The world before me, the world I was sent into, New York, I knew through a few magazines and movies. I had no friends there, I had no family, I had no money. What I had was a huge cauldron of questions that I did not know the answers to, and I did not know that the questions themselves should not be asked. When the questions had an answer, my people, the Antiguan people, would say to me, ‘It’s true, but did you have to say it?’ They said it in  creole English, or broken English, or bad English, and it was the nicest thing they said to my face. Behind my back they said things and did things that made me think that perhaps my life was in danger.

The book you are now reading was not meant to be a book at all. It was meant to explain to William Shawn, who was then editor of the New Yorker, who I was and where I came from. Mr Shawn loved his writers (and we were his), or should I say, he loved the world that they carried around in their heads, their hands, their feet, their entire being.

I left Antigua at sixteen or so; I returned twenty years or so later. Of course there were changes and I welcomed them. My mother had running water in our house. And indoor plumbing in the way I had become accustomed to it (a suggestion: don’t attempt Empire until you have a firm commitment to indoor plumbing). There were other changes and I made note of them. The Antigua that I left had always made me feel that nothing I could do would measure up to its standards, that I would always fall short. The Antigua that I left seemed to me decent and honest and clean. The people who were the opposite of these virtues were not Antiguans; they came from England or some place not far from it. The difference between the Antigua I left and the one I met when I returned twenty years later made me feel betrayed by the people, my people, Antiguans. All through my childhood they had told me what it meant to be a good person and all the years I had been away, I had not been good, I had only wanted to do something (write) and I knew of that they would not approve.

The tale of beauty and goodness I wanted to write for Mr Shawn, I could not find in me; instead I found my way at the beginning of a road, a way of understanding my world, as it began in 1492. I did not think of it as anger or disillusion. I felt a truth, a true way of understanding a world that had come into being hundreds of years before I was born. Mr Shawn read it and wanted to print it right away. He said many nice things about it but, just when it was ready to be published in the magazine, the new owners of the New Yorker fired him. The new editor said that what I had written was too angry and would drive the advertisers away. When I told this to Mr Shawn, he was shocked and suggested it instead to Roger Straus, my editor at Farrar, Straus & Giroux.

I was pregnant with my second child when this book was published. It was a difficult pregnancy, I was often ordered to bed by the doctor; when I read the reviews, I sent myself to bed. It was regarded as angry and unpleasant and untrue, and those three adjectives arranged and rearranged themselves in different orders. Looking back at it now, I can say with certainty that the intention was to warn me that I should stop saying such things. They did not like me writing that the European adventures into the ‘New World’ were an unprecedented moral error and achieved quite the opposite of proving the superiority of that imaginary construction called ‘The West’.

Almost everything the people from that fraudulent invention called ‘The West’ have falsely accused others of, they have been guilty of themselves. What to make of this? Not a thing! Not a thing indeed. Everything seems to come to an end and then something else starts up again. That must be the business, the discipline, the authority of another entity: History!

I now live in the United States of America and I am a citizen of this now imperial power. The American reality is something new and interesting: you are regarded and treated as a citizen if you are ‘white’; you are treated as the subject of a citizen if you are not white. This was not clear to me when I wrote this essay; when I wrote the essay that became this little book, I thought of America as blemished, with the strongest possibility of becoming unblemished. That is, a country whose leaders erred but could be corrected and, in any case, the country and its important leaders were honest and decent and aimed to do their best. When I was a little girl my stepfather, who had worked on the American air base that was stationed in Antigua during the Second World War, used to say to me this: If an American asks you if you can do something you do not know how to do, don’t ever say ‘No’, say, ‘I’ll try.’ I admired my stepfather, he admired Americans. My stepfather was honest and decent in an ordinary way,a way that I could aspire to be; so, therefore, were the Americans!

In the year 2018, what is the difference between the American President and the Prime Minister of Antigua? The Prime Minister of Antigua is a very intelligent man, but that is as much of a problem for the citizens of Antigua as the ignorance and dishonesty of the President of the United States of America is for its citizens. I could not write about the rot in ‘A Small Place’ today because I live in ‘A Big Place’, where the rot makes my tongue, my fingers, my brain become still.’ 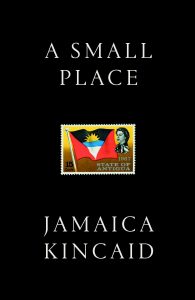