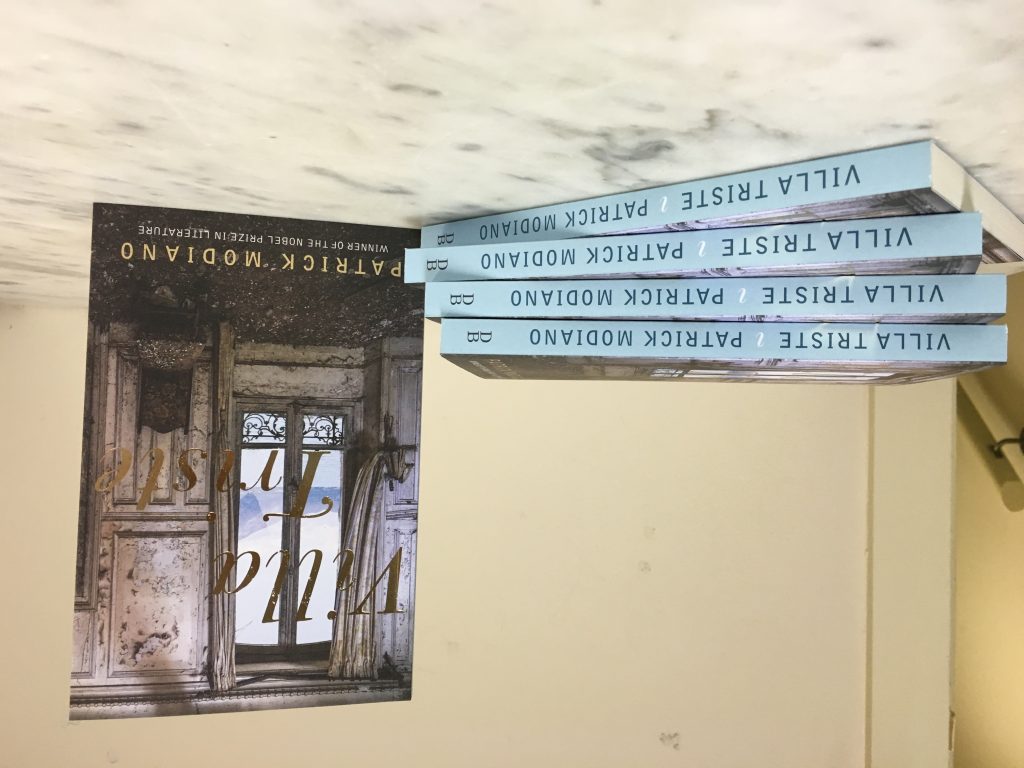 Read an exclusive extract of Villa Triste by Patrick Modiano

Villa Triste is one of the most singular and seductive novels by Nobel Prize winner Patrick Modiano.

At the outbreak of the Algerian war, a young man who calls himself Victor Chmara flees Paris for a lakeside town on the border of France and Switzerland. Here he meets the flamboyant doctor René Meinthe and the mysterious, auburn-haired Yvonne.

Victor quickly embraces their world of pageants, soirées and late-night debauchery, and settles into an endless summer with Yvonne. But René and Yvonne’s lives are also full of unanswered questions and half-truths. As he looks back years later, Victor remains beguiled by those lost, unknowable friends and the enchanted place he chose to leave behind.

An intoxicating investigation into time, identity, and memory, Villa Triste is destined to take its place as a new modern classic. Below is an exclusive extract from the novel, which is published by Daunt Books on 25th August 2016.

What was I doing, at the age of eighteen, on the shore of that lake, in that fashionable spa resort? Nothing. I was living in a boarding house, the Lindens, on Boulevard Carabacel. I could have opted for a room in town, but I preferred to be on the high ground, steps away from the Windsor, the Hermitage and the Alhambra, whose luxury and dense gardens reassured me.

Because I was scared to death, a sensation I’ve never been without; but in those days it was much more vehement, and much more irrational. I had fled Paris, convinced that the city was becoming dangerous for people like me. A disagreeable, police-heavy atmosphere prevailed there. Far too many round-ups for my taste. Exploding bombs. I’d like to be precise in my chronology, and since the best reference points are provided by wars, the question is, Which war was going on then? It was the one known as the Algerian War, at the very beginning of the 1960s, a period when people drove around in Floride convertibles and women dressed badly. So did men. As for me, I was afraid, even more than I am today, and I’d chosen that place of refuge because it was five kilometres from the Swiss border. At the first sign of danger, all I had to do was cross the lake. Naïve as I was, I thought the closer you got to Switzerland, the better your chances of coming out all right. I didn’t yet know that Switzerland doesn’t exist.

The ‘season’ had started on 15 June. Galas and festivities would follow hard on one another. The ‘Ambassadors’’ dinner at the Casino. Appearances by the singer Georges Ulmer. Three performances of Listen Up, Gentlemen. The Chavoires golf club’s 14 July fireworks display, the Marquis de Cuevas ballet and other events I’d be able to recall if I had the tourist office’s printed programme in my hands. I kept it, and I’m sure it’s stuck in the pages of one of the books I was reading that year. But which one? The weather was ‘magnificent’, and the regular visitors predicted sunny days all the way until October.

I very seldom went swimming. In general, I spent my days in the lobby and gardens of the Windsor, and in the end I persuaded myself that there, at least, I was safe. When I was overcome by panic – a flower that opened its petals slowly, just above my navel – I would stare out across the lake. You could see a village from the Windsor’s gardens. Barely five kilometres away, straight ahead. You could swim that far. At night, in a small motorboat, the trip would take about twenty minutes. For sure. I tried to calm down. I whispered to myself, articulating each syllable: ‘At night, in a little motorboat . . .’ That made everything better, and I went back to reading my novel or some innocuous magazine. (I’d forbidden myself to read newspapers or listen to radio bulletins. Every time I went to the movies, I took care to arrive after the newsreel.) No, it was best to avoid knowing anything about the fate of the world. Best not to aggravate that fear, that feeling of imminent disaster. Concentrate on trivialities: fashion, literature, cinema, variety shows. Stretch out on the long deck chairs, close your eyes and relax. Above all, relax. Forget. Right? 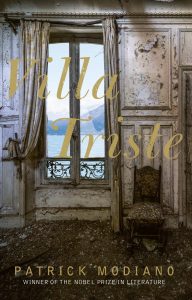