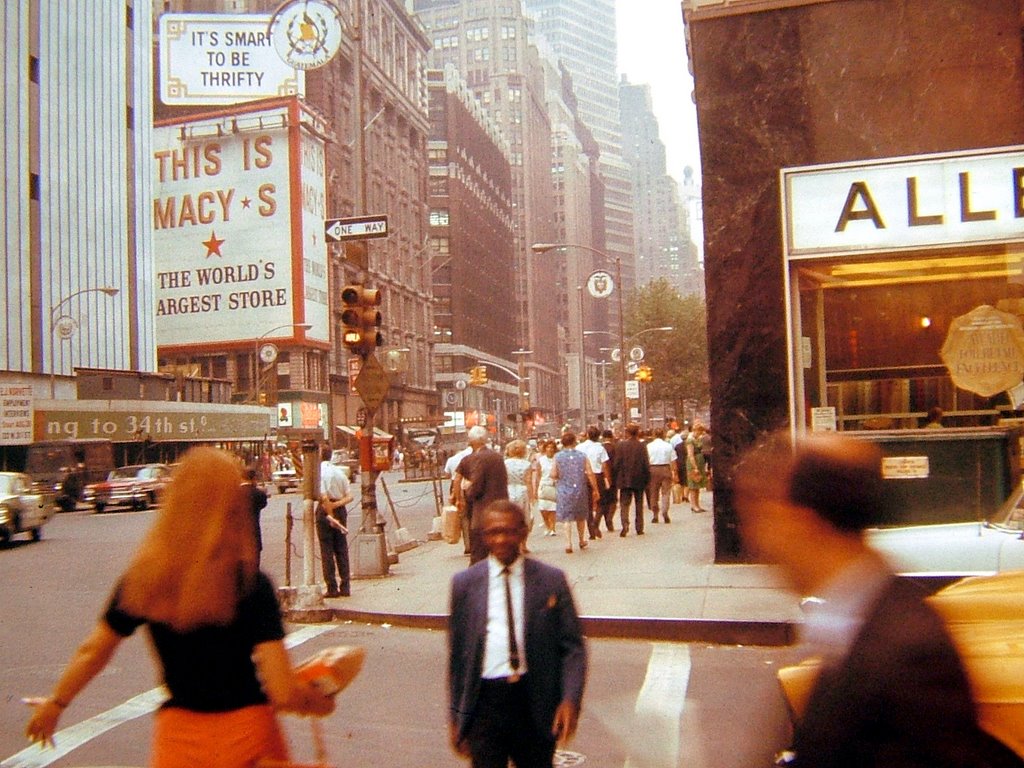 Talking Frank O’Hara, career women and how to be a flâneuse with Lillian Boxfish author, Kathleen Rooney.

Lillian Boxfish is based on a real person, Margaret Fishback. Can you tell us a bit about her and her life?

Like Lillian, Margaret Fishback really was the highest paid female advertising copywriter in the States in the 1930s, really did work at Macy’s, and really did write sparkling light verse. I got to write a bit about her life and to help create an archive of some of her poetry for the Poetry Foundation which you can take a look at here.

How did you come to discover Margaret Fishback?

My high school best friend, Angela, was doing an internship at Duke University for her library sciences degree, and she got to help process the Fishback papers when Fishback’s son donated them to the Hartman Centre for Sales, Advertising & Marketing History. Angela is an amazing person and wonderful friend, so she knew that I’d be intrigued by Fishback’s life and work—her proto-feminism, her pursuit of both a career and a family, her serious publication record as a poet, and on and on. Thanks to her, I was able to learn about, apply for, and receive a travel-to-collections grant to be the first non-archivist to work with Fishback’s materials back in 2007. And now here we are!

The novel takes place in 1980s New York, but also tells the history of the city, going back to the 1920s. It’s full of period detail – how did you research the novel?

In addition to reading books upon books about New York’s history throughout that era—with a particular shout out to Jane Jacobs’ seminal The Death & Life of Great American Cities—my research was immensely assisted by Google Maps. I began dropping pins into spots I knew that Margaret Fishback—and therefore Lillian Boxfish—would have frequented in various eras, and then built both the walk material in 1984 and the material from the 1920s up until the 1980s around that. It was a lot of fun to learn about what would and would not have been present in each era and to make sure to work those places in (or leave them out) accordingly.

The subway in 1980s New York. Lillian prefers to walk

Lillian defies the portrayal of advertising that Mad Men gave us: the men as ad men, the women as either wives or secretaries. Why do you think the history of Fishback, and other women like her, has been forgotten?

As a writer, I’m consistently drawn to people and things that have been overlooked or forgotten, or that have not been (in my opinion) given a fair critical assessment. For instance, my first book was about Oprah Winfrey’s book club and how despite receiving so much criticism, it was truly a positive and revolutionary force for literacy and literature. Also, I wrote a novel-in-poems called Robinson Alone based on the life and work of the criminally underrated poet Weldon Kees.

So the fact that Fishback and the ad women of her era had been largely forgotten drew me to her all the more. As for why her and her fellow ad women’s legacy has been largely erased, it’s at least partly a function of this damaging nostalgia people often have for ‘a simpler time’ which never really existed. So many people still, in 2017, want to reduce the world to binaries or strict gender roles, or to put people in limited little identity-based boxes, and that’s so reductive and disappointing—everyone is so much more complex than that. So I was excited, with Lillian, to bring some of this lost history of vivacious, hard-working, talented career women back into the light.

Lillian is the original career woman. What did you want to convey about women’s working – and personal – lives in that era? The novel is partly about the difficult choices women had to make between independence and marriage, children and a career.

Lillian would never have used the phrase ‘work-life balance’ or the terrible expression ‘having it all’ (which is so reductive and such a trap), but her story is very much concerned with both of those concepts. In Lillian’s day (like now, sadly) women were consistently paid less than their male colleagues for the same work. Also, there was no such thing as maternity leave—let alone parental leave—in her era. So I wanted to explore how a character like her—who is so good at her job and who takes so much pleasure in her skills—would deal with the bigger systems and pressures of what was expected of women and mothers at the time, and even today.

It’s great to encounter a female character who is 85-years-old but not portrayed as past-it: Lillian is witty, feisty, and still working things out. Why was it important to you to have an older woman at the heart of your novel?

Too often, older people in general, but women in particular, seem to be invisible in much of American society. Also, there is an unfortunate tendency, sometimes, for older people to be treated as sort of reverse children—as though they’re simple or ignorant or just no longer with it. Throughout my life, I’ve been lucky to have a lot of stellar older female role models, and I wanted to show that just because someone gets old does not mean that they have to be shunted aside, isolated, or treated like they are less of a person. So many older people have so much to offer and such a continued joy to be alive, and Lillian is intended to show how keeping up your curiosity about the world can help to keep you going.

Lillian is also a popular poet. The chapter in which she visits her editor is called ‘Lunch Poems’. I loved the sly reference to Frank O’Hara, which is perfect because the novel is a celebration of the connection between poetry and life in the city. Can you talk about that theme, and also your own project, Poems While You Wait?

Frank O’Hara is one of my biggest poetic influences. His wit, humour, joie de vivre, intelligence and playfulness never fail to impress and inspire me. The way he mixes highbrow and lowbrow references, the way he name drops famous authors and painters as easily as the names of close friends, and his overall engagement with art and the city and his bottomless thirst for life are beautiful and fun. In the way that his lunch poems are about going out on unplanned excursions to interact with the city and the people in it, he’s sort of a patron saint of Poems While You Wait.

PWYW is a team of poets and our typewriters who set up at public places—street fests, museums, libraries, concerts, flea markets, etc —to provide people with an unexpected encounter with poetry. For a $5 donation, our customers can give us a word or phrase of their choosing and in about 10 minutes or so, one of us will type them up an original, one of a kind, designer poem. This opportunity for us, as poets, to get out of our usual habits is priceless, as is—usually—the chance for our customers to engage with literature in a light and breezy but deeply human fashion.

Lillian takes a ten-mile walk through New York City, and has spent her whole life walking the city. When did you first become interested in the figure of the flâneuse?

Long before I knew there was a fancy French name for what I was doing—flânerie—I loved to wander through cities. As a kid, I’d always want to map any new place I visited with my feet, and that desire has continued throughout my life. In college, when I learned the name for the practice, I began to consider myself a flâneur, then quickly came to wonder why there were so relatively few flâneuses. While writing Lillian Boxfish, first and foremost, I wanted to create a compelling, character-driven story, of course, but I also was eager to contribute one more flâneuse to the growing literature of women who like to roam through urban landscapes.

You teach a workshop on ‘The Writer as Urban Walker’. What’s on your reading list?

We also read shorter pieces including Ivan Chtcheglov brilliant Situationist essay ‘Formulary for a New Urbanism’, Garnette Cadogan’s ‘Walking While Black’, the first chapter of Flâneuse by Lauren Elkin, ‘Street Haunting’ by Virginia Woolf, and an excerpt from Thomas DeQuincey’s Confessions of an English Opium Eater.