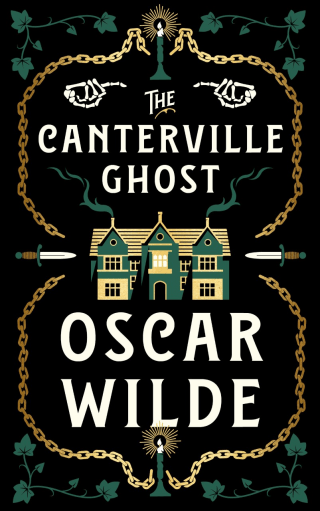 ‘There is no such thing, sir, as a ghost, and I guess the laws of Nature are not going to be suspended for the British aristocracy.’

Everybody in the county knows that the great manor of Canterville Chase has been haunted for three hundred years. But when the American minister Mr Otis moves in with his wife and family, they refuse to be frightened by something as Old World as a ghost.

The Canterville Ghost vows to have his revenge and terrify them all to death with his most despicable and evil deeds. But after the minister offers practical solutions such as Pinkerton’s Champion Stain Remover for the blood stain in the sitting room, and Tammany Rising Sun Lubricator for his rusty chains, and the twin boys torture him by throwing pillows at his head and pelleting him with their pea shooters, it’s the poor ghost who is left severely spooked.

Can he possibly rescue his reputation, or will the family finally offer him a chance to lay his – detachable – head down forever?