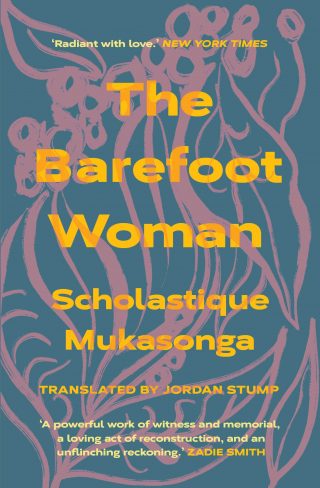 Translated from French by Jordan Stump

It was while we were weeding the sorghum field that Mama taught me most of her memories of the Rwanda that used to be. Alas! I’ve forgotten so many of the secrets Stefania told me, the secrets a mother tells only her daughter

From the author of the critically acclaimed novel Our Lady of the Nile, a haunting, delicately wrought work of non-fiction, memorialising a lost childhood, community and way of life.

When Scholastique Mukasonga’s family are killed in the genocide of the Tutsis by the Hutus in Rwanda, she is unable to fulfil her mother Stefania’s wish to shroud her body with pagne. So instead, she now weaves her mother’s shroud with words, drawing on inherited traditions of storytelling to offer a devastating, unforgettable tribute.

In beautiful, lucid prose, Mukasonga lays before us the fierce courage and strength of her mother as she fought for her children’s safety, her family’s exile to the Burundi border and her community’s efforts to maintain ritual and tradition. Vivid, evocative and deeply moving, this is a remarkable work of art and act of love.

‘The Barefoot Woman is a different act of filial devotion: a rich retelling of the author’s village childhood.’ New Statesman

‘An extraordinary tribute to “Mother Courage”, as well as a timely reminder of war’s devastation.’ Observer

‘In sentences of great beauty and restraint, Mukasonga rescues a million souls from the collective noun “genocide”, returning them to us as individual human beings.’ Zadie Smith

‘It resonates with love for community-in-exile, for those violently lost, and above all for the creative endurance of mother courage.’ Ruby Cowling, author of This Paradise

‘The memories of childhood, a lost home, a mother who sacrificed herself are the pounding heart of the book . . . A work that anyone who might read it will remember.’ Literary Hub, Best Translated Novels of the Decade

‘The Barefoot Woman powerfully continues the tradition of women’s work it so lovingly recounts. In Mukasonga’s village, the women were in charge of the fire. They stoked it, kept it going all night, every night. In her work . . . [Mukasonga] has become the keeper of the flame.’ New York Times

‘Elegiac memoir wrests Rwandan victims from obliteration of mass grave . . . In gentle, loving detail and with many joyful passages, Mukasonga reconstructs [her mother] Stefania’s Rwanda  . . . Stefania and her ilk were Mother Courage figures, keepers of a fire that must never go out. And Mukasonga herself is a keeper of the fire.’ Irish Times 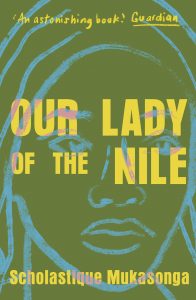