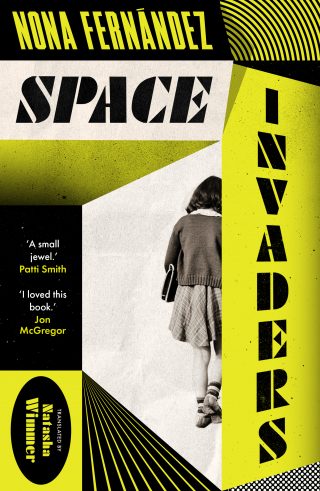 Translated from Spanish by Natasha Wimmer

‘A small jewel of a book . . . Fernández’s picturesque language and dream-like atmosphere is well worth being invaded by. A book to slip in the pocket to read and reread.’ Patti Smith

Preoccupied by uneasy memories and visions, a group of friends look back on their childhood. Their thoughts and dreams circle one old classmate: Estrella González Jepsen, who one day simply disappeared. Estrella’s father, it transpires, was a ranking government officer implicated in the Pinochet regime. The question of what became of Estrella haunts her former friends. They catch glimpses of her braids, hear echoes of her voice, read old letters. They recall regimented school assemblies, nationalistic class performances and a trip to the beach. Growing up, they were old enough to sense the danger and tension that surrounded them but powerless to resist or confront it. They could control only the stories they told one another and the ghostly green bullets they fired in their favourite video game.

Nona Fernández effortlessly builds a choral and constantly shifting image of young life in the waning years of the dictatorship. Prose of astonishing beauty is intricately layered to hypnotic, mesmerising effect, as Fernández summons the collective memory of a generation, rescuing felt truth from the oblivion of official history.

‘Both haunted by the past and completely baffled by it, Space Invaders wonderfully and fearfully captures a particular moment of a history that will always be with its narrator; and always, now, with me.’ Jon McGregor, author of Lean Fall Stand

‘Space Invaders reads like a nightmare wrapped inside a campfire tale; a chorus of whispers heard from a dark room in the dead of night, each one a transmission from Chile’s hell.’ Rob Doyle, author of Autobibliography

‘Perhaps the hippest Chilean writer since Roberto Bolaño (with whom she shares a translator) . . . Short, stylish, and engrossing, this is a stellar book from a writer who should be on your radar.’ GQ

‘An absolute gem – a book of uncommon depth, precise in its language, unsparing in its emotion, unflinching as it evokes a past many would prefer to forget. Within the canon of literature chronicling Pinochet’s Chile, Nona Fernández’s Space Invaders is truly unique.’ Daniel Alarcón, author of At Night We Walk in Circles

‘As addictive as its video game namesake . . . Each [chapter] slides by quickly, but lingers like a dream.’ NPR.com 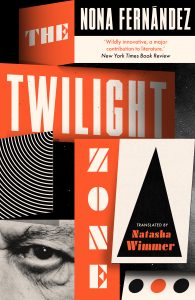