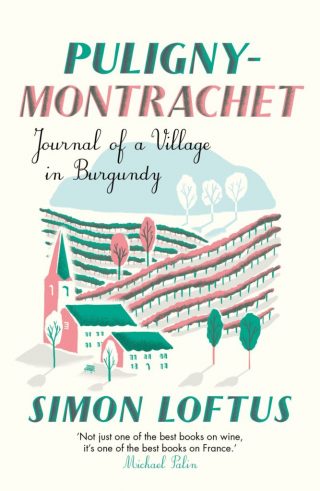 Journal of a Village in Burgundy

‘Puligny is quiet except for the barking of dogs behind the closed gates of stone houses and the gentle susurration of fermenting wine, audible only in the imagination.’

For more than two hundred and fifty years wine lovers have claimed that the stony vineyard of Le Montrachet, which straddles the boundary between the villages of Puligny and Chassagne, produces the greatest dry white wine in the world. But few of those who search out this famous wine, as the grandest expression of the Chardonnay grape, take the trouble to explore the place itself.

Life in Puligny is shaped by the rhythms of the agricultural year: the bonfires of the winter prunings, the Feast of St Vincent, and the exhausting, exuberant pandemonium of the harvest, when the population of the village trebles with the arrival of the visiting pickers.

In this acclaimed classic of social history, Simon Loftus unfolds the history of the ancient vineyards and takes us behind the closed shutters of the village to meet the butcher, baker, bookbinder, chambermaid and mayor – and the vignerons themselves, from the small growers to the owners of the best domaines.

First published in 1992, Puligny-Montrachet is a timeless portrait of a hidden world that beautifully captures life and wine-making in rural France.

‘Loftus’s homage shares several qualities of the wine itself: elegance, a certain crisp acidity, and a hint of raciness (…) Few writers can match Loftus’s discerning sense of the traces of growers’ personalities in the wines they make.’ — TLS

‘Loftus stylishly captures life in the village of Puligny-Montrachet … Get to know both the legendary wines and the people who work hard behind the scenes to create them.’ — France Magazine

‘An honest and unique snapshot of rural France’ — MFCH Magazine

‘The first serious account of a single wine-making village – and what a village . . . A unique volume.’ – Independent

‘Loftus provides a fascinating analysis of the way in which each wine reflects the personality of its maker.’ – Telegraph

‘He has delved into the life of the village with a Proustian thoroughness, relishing the minutest descriptions and bringing even the most mundane activities to life with great style.’ – Country Life 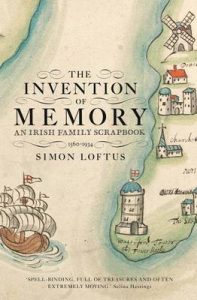 The Invention of Memory