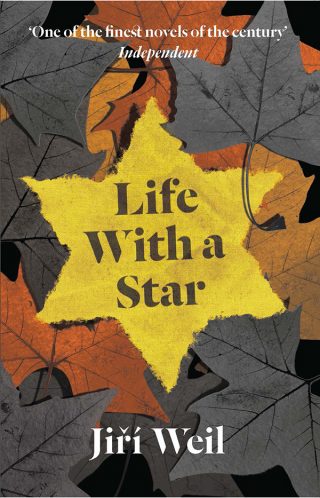 Life With A Star

Translated from the Czech by Rita Klímová and Roslyn Schloss

Stitched onto the jacket, worn over the heart, according to the rules for all Jews, the star turns Josef Roubicek into an outsider in his own city. Forced to lurk on the edges of Prague, to work as a gravedigger at the cemetery, and to keep off the trams and streets after curfew, he waits for a summons from ‘them’. Every day the grinding bureaucracy of evil brings new regulations, along with new lists of names to join the transports.

This remarkable novel traces one Jewish man’s struggle to exist in Nazi-occupied Prague. Drawing strength from the smallest of things – a lost love, a stray cat, an onion – Josef determines to live, and realises that surviving against the odds is the greatest act of resistance.

‘One of the finest novels of the century.’ – Independent

‘An astonishing work of fiction . . . Jiří Weil’s sophisticated, modernist, human imagination has made the dark horror of the Holocaust into an occasion of enlightenment.’ – The New Yorker

‘Without a doubt, one of the outstanding novels I’ve read about the fate of a Jew and the Jews under the Nazis. I don’t really know of one like it.’ – Philip Roth

‘One of the most powerful works to emerge from the Holocaust . . . a fierce and necessary work of art.’ – New York Times

‘A unique and deeply moving book, filled with echoes of Kafka and hints of Kundera and Skvorecky.’ – Observer 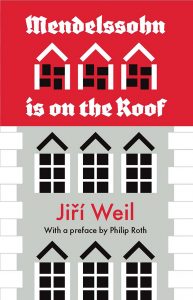 Mendelssohn is on the Roof