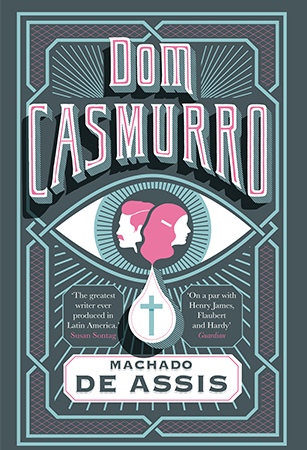 With a foreword by Elizabeth Hardwick

Translated from the Portuguese by Helen Caldwell

Bento Santiago is madly in love with his neighbour, Capitú. He even breaks a promise his devout mother made to God – that he become a priest – in order to marry her. But, once wed, Bento becomes increasingly convinced that Capitú is having a torrid affair, that his son is not his own, and that his best friend has cuckolded him.

What follows is a rich and sardonic narrative, as Bento attempts to discern his son’s paternity. Are his suspicions actually based in reality or have his obsessive ruminations given way to deceptive illusions?

Originally published in Brazil in 1900, Dom Casmurro is widely considered Machado de Assis’s greatest work and a classic of Brazilian realist literature. It is a delightful and hilarious novel – told by an entertainingly unreliable narrator – about the powers of jealousy and the deceitful persuasiveness of a mind in the grip of paranoia.

‘The greatest writer ever produced in Latin America.’ – Susan Sontag

‘Machado de Assis is a great ironist, a tragic comedian. In his books, in their most comic moments, he underlines the suffering by making us laugh.’ – Philip Roth

‘There is something irresistibly delightful about how he puts his tragic universe across . . . His ability to tickle the reader is inexhaustible.’ – Spectator