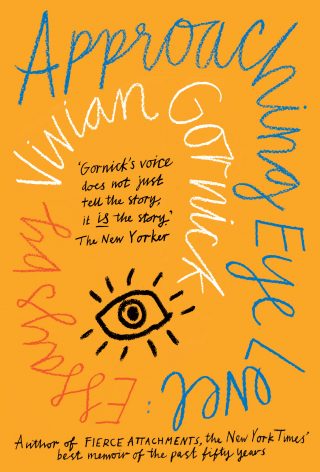 ‘The beauty of feminism, for me, was that it had made me prize hard truth over romance. It was the hard truth I was still after.’

Vivian Gornick’s writing has always explored the hard truths of existence: the nature of human loneliness, and the struggle to love, work, and connect.

In these seven seminal essays Gornick chronicles the New York streets that energise her, and looks back on the dangerously charged atmosphere of the Catskills where she waitressed as a student in the late fifties. She describes her introduction to feminism and the lessons it taught her, reflects on a friendship with an older female writer that faltered, and analyses the failure of connection among like-minded people. She considers what it means to live alone, and the absorbed solitude of writing letters.

Approaching Eye Level is an unrelentingly honest collection of essays that finds Gornick at her best, reminding us that we can come to know ourselves only by engaging fully with the world.

‘Vivian Gornick knows what’s at stake, and what is vital for the creation of art, and continues to pursue it doggedly to this day.’ – Irish Times

‘The impersonal and capacious way Gornick draws on her experience places her in a distinctly philosophical tradition of American literary soul-searching.’  – New Statesman

‘Gornick’s voice does not just tell the story, it is the story.’ – The New Yorker

‘Among the supreme essayists of the past 50 years.’ – New Statesman

‘Gornick’s language is so fresh and so blunt; it’s a quintessentially American voice, and a beautiful one.’ – Dwight Garner, New York Times

‘Her work sits at the heart of an alternative canon in which art grows from the politics of being oneself.’ – The Cut 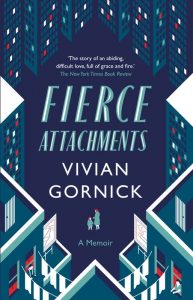