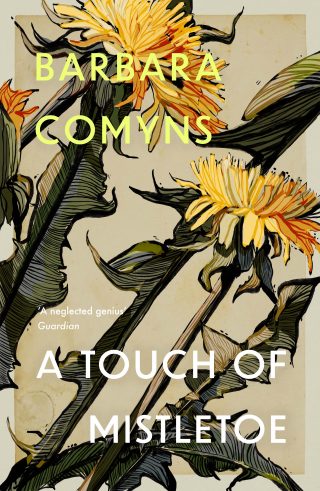 A Touch of Mistletoe

This is the story of Blanche and Vicky. Following the death of their grandfather – in whose enormous Warwickshire house they live – their mother relinquishes drink (to which she had taken in a big way) for the joys of frantic housework. Naturally the girls long to escape.

Blanche trains as a model at a dubious institution in London, and Vicky flees to Holland and a purgatorial life as an au pair to a lot of dogs. But this is only the beginning and other adventures await them, including the poverty and cabbage smells of one-room living, the charcoaled fingers of art school, drunkenness and cheap restaurants of Soho bohemia, and varying degrees of excitement with several husbands and lovers.

First published in 1967, A Touch of Mistletoe shows Barbara Comyns’ original voice at its best, mixing a characteristic simplicity with a quiet but cunning wit.

‘Everyone should read Barbara Comyns… There is no one to beat her when it comes to the uncanny.’ – Rachel Cooke, Guardian

‘Comyns’s world is weird and wonderful. To call her a precursor to Angela Carter is to get as close as possible to an accurate literary comparison, but there’s also something uniquely original about her voice. Tragic, comic and completely bonkers all in one, I’d go as far as to call her something of a neglected genius.’ – Lucy Scholes, Guardian

‘Comyns’s heroines, and her novels, are plaintive, strange, and robust all at once.’ – TLS

‘The sense of fairytale is never far away in Barbara Comyns. Its childhood power never quite left her.’ –  Jane Gardam, The Spectator

‘The strange off-beat talent of Barbara Comyns [whose] innocent eye observes with child-like simplicity the most fantastic or the most ominous occurrence.’ – Graham Greene

‘Quite simply, Comyns writes like no one else.’ – Maggie O’Farrell, author of Hamnet 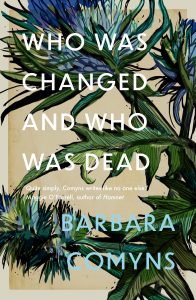 Who Was Changed and Who Was Dead