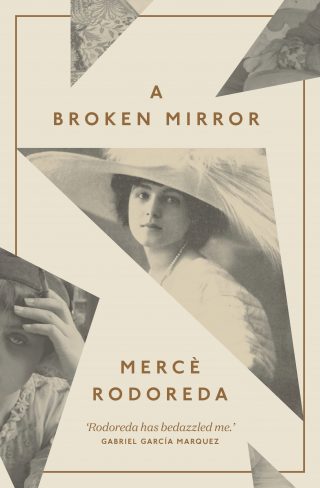 Extending from the prosperous Barcelona of the 1870s to the advent of the Franco dictatorship and the Spanish Civil War, A Broken Mirror traces three generations of a burgeoning  aristocratic family at the turn of the 19th century.

When Salvador Valldaura first meets Teresa Goday he is seduced by her velvety eyes and contagious laughter. Valldaura, a wealthy diplomat, and Teresa, a widowed fishmonger’s daughter, marry and move into a grand, sprawling villa on the outskirts of Barcelona. In that house, their family flourishes and fractures across a century of change: from Teresa’s second husband and her secret, illegitimate son Masdéu, to daughter Sofía and Sofía’s playboy husband Eladi, and son, Ramon, tormented by a heinous act from his childhood and unknowingly in love with his half-sister, as well as several generations of servants, ghosts – and even a rodent.

Through a kaleidoscope of perspectives and turning upon events both intimate and historic, A Broken Mirror tells the story of a splintering matriarchal dynasty founded on love, lies, secrets, and betrayals.

‘Rodoreda is a domestic existentialist, a brilliant composer of interiors, both physical and mental.’ – Nation

‘Captivating . . . Rodoreda reveals the inner life of her characters precisely and unsentimentally, often merely with a well-turned sentence. A beautifully muted and intricate rendering of the aristocracy of Barcelona.’ – Kirkus (starred review)

‘It is a total mystery to me why Rodoreda isn’t widely worshipped. Tremendous, tremendous writer.’ –John Darnielle, The Mountain Goats 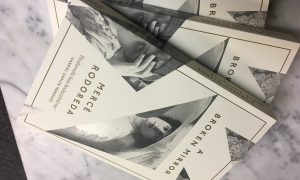 A BROKEN MIRROR by Merce Rodoreda